We are very excited to announce that we will open our doors again on Monday April 5th. Our schedule will be up to date and we will have the majority of our previous class schedule available. There will still be Covid precautions, checking for negative tests, temperature checks, screening, etc. and we urge everyone to get vaccinated and if you have been vaccinated please let us know. You will feel safer knowing that many of our instructors and members have already been vaccinated and more are in the next phase.

Since we have been out, we have added a shower! So bring your towel and your personal items and you can clean up after class. Since we have been closed for a year, there might have been some glitches in the memberships and billing as we tried to navigate the situation and not cancel anyone’s membership, but keep a hold on those who we knew were planning to be back.  If you were accidentally charged and not refunded for any month, please know that we will be sure to give you the month we owe you. Just let us know. We will be adding more classes and such as things move back toward normal and cases drop.

We can’t wait to see you all again and hope you have all stayed safe and healthy!

The Fight Science method began in 2003. Ian Harris began teaching his hybrid, martial arts compiled from years of training Boxing, Muay Thai, Brazilian Jiu-Jitsu, Wrestling, Jeet Kune Do, Kenpo, Wing Chun and many other martial arts as a realistic self-defense class out of a karate school in Culver City, CA. UFC and what we know of today as Mixed Martial Arts (MMA) was still in very early stages, with very few rules and no actual name for the sport (MMA had not been popularized). Ian, being a “science nerd” always took a very scientific, technical approach to fighting and felt what he was teaching was less an art and more a science, so he began calling his style “Fight Science.”  Several students expressed an interest to fight, but MMA was not yet legal in California. Several of the students and Ian would travel to Tijuana on weekends to fight. Shortly thereafter the term MMA was popularized and it became legal and sanctioned in California. Two of those original students Chad George and Julian Rush eventually became 2 of the first champions under California-sanctioned MMA.  Julian and Ian have maintained a strong relationship and continued to refine and coach for nearly 15 years and over the years have had fighters in every major and local organization there is, producing several champions both pro and amateur, for shows like RFA, CXF, Tachi Palace, BAMMA, U of MMA, Spar Star, TFA and many more. In Aug 2017, they along with another one of the early students and fighters, Leo Hirai, opened the first ever Fight Science gym in Mid City, L.A. 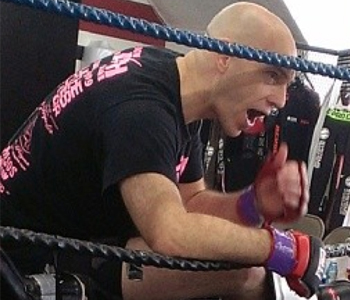 Ian has nearly 40 years of extensive martial arts experience, having traveled the world and trained with the best fighters and coaches. Ian originally trained in KenJuKai, a hybrid of Kemp, Wing Chun and Japanese Jujitsu, in which he holds a black belt. He then trained under Bruce Lee student Richard Bustillo, learning JKD, Muay Thai, Filipino Martial Arts, Boxing and Shooto. In 1995, Ian began training in Brazilian Jiu-Jitsu under Claudio Franca, and eventually received his black belt from UFC fighter Pedro Munhoz. Through years of training and refining, Ian eventually developed what he called Fight Science, seeing what he was doing as more of the Science of Fighting rather than a Martial Art. In 2003, not long after the term Mixed Martial Arts (MMA) was popularized, Ian began training fighters under the Fight Science MMA banner, producing champions and top contenders in shows from L.A. to Japan. In 2008 Ian was brought in to the upstart MMA gym, PKG Training Center, to head up the MMA program and pro fight team. In 2012, Ian took over as head coach at Systems Training Center, where he continued to grow the team. For over 14 years Ian and the Fight Science team have had fighters on shows almost weekly, from the amateur level all the way to the UFC and Bellator. In 2017, Ian and former fighters opened the first ever, Fight Science MMA Training Center in Mid-City Los Angeles! 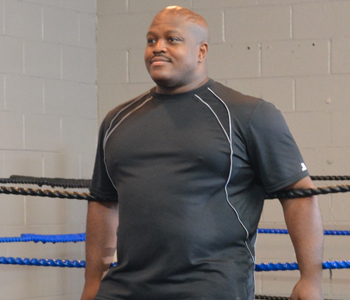 Julian has been training in Martial Arts for over 25 years. He has trained in Boxing, Kickboxing, Brazilian Jiu-jitsu, Krav Maga, Haganah and TFT. Julian competed in BJJ tournaments from 1997 – 2005 and MMA from 2004 – 2007 under Coach Ian Harris and won the Total Fighting Alliance Heavyweight Championship in 2006 and defended it until he retired in late 2007. During his time at UCLA he was introduced to a number of traditional martial arts and freestyle wrestling and was also very lucky to have spent time in gyms where a number of different styles were being trained. During those years Julian had the privilege of meeting a number of amazing martial artists and through those friendships, he was able to spend a little time studying their arts. Julian says that everything he has been exposed to, from Savate to Shaui Jiao, Freestyle Wrestling to Panantukan, and even Kali has really opened his eyes and shaped his current ideology as a fighter and trainer. “There are underlying principles which permeate all martial arts and it’s the understanding of those principles and the techniques we use to apply them which I look forward to sharing with my students during their training as I continue my own.” 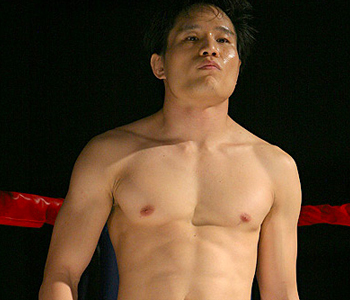 Leo began martial arts through Aikido at age 12.  After several years of training, he discovered that Aikido was seriously limited in its applicability to combat sports, and sought to learn a more practical art.  Consequently, Leo started Brazilian Jiu-Jitsu in 1999 during grad school at UCLA through a BJJ club founded by Rickson Gracie. At the same time, Leo became interested in MMA, which at the time was a brand new sport, and began organizing and competing in amateur fights at the John Wooden Center while studying Sambo-style leg locks, which ultimately became his specialization. Leo met Ian Harris in 2004 and joined Ian’s pro MMA team, which included a coincidental reunion with Julian Rush, whom Leo knew from the BJJ club in UCLA. In 2007, Leo fought for Shooto, the longest-running MMA pioneer in Japan, in their inaugural Shooto USA event. Though he no longer competes, Leo continues his life-long study of MMA with a love for grappling arts and a serious knack for leg lock submissions. 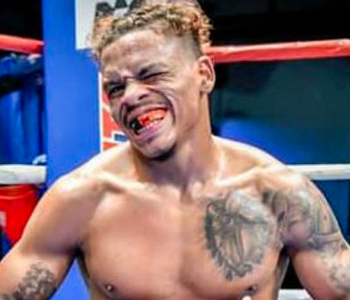 Chris “Taco” Padilla is one of Fight Science’s brightest up-and-coming stars. Taco has an incredible amount of experience for his young age, having fought and competed since he was a teenager and has amassed a professional record of 9-3-0 and an amateur record of 6-0-0. Chris heads the Kids’ program at Fight Science MMA and his students love his young vibe, fun attitude, and crazy hair, while parents appreciate how well he works with kids and his wealth of self-defense and martial arts knowledge. 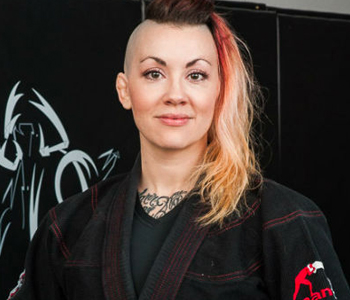 Maria started training in Brazilian Jiu-Jitsu in 2004, and began competing and teaching in 2005. She has won the No-Gi Worlds and No-Gi Nationals in 2009 as a Blue Belt. She has also competed and won in NAGA, Southwest Grapple Fest, Grapplers Quest and Kansas City Submission Only as a Brown Belt winning both of her divisions in 2015. In 2010, Maria started her MMA journey and has 9 fights, having fought for organizations such as Bellator, RFA, and BAMMA USA. Maria became a mother to a beautiful girl in 2016 and continues to train, teach, and spread the MMA Jiu-Jitsu love. 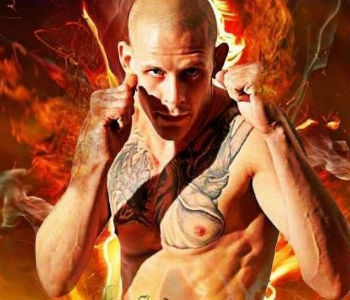 Mike “The Misfit” Koelzer is a local MMA fighter holding a Black Belt in BJJ under Rey Diogo from the Carlson Gracie Team. With 8 years of Muay Thai and Boxing under the acclaimed Bryan Popejoy from Boxing Works in the South Bay, Mike has 15 amateur fights under his belt and seeks to fight professional in 2019. Mike started his fight career in San Diego CA wrestling for Poway High school not knowing at the time he was pursuing a martial art. Mike ended up living a year in Brazil DJ’ing and had found BJJ there thanks to a roommate who was a black belt. He moved back to the US and decided to pursue MMA after watching Forrest Griffin and Stephan Bonnar battle on the first episode of TUF. 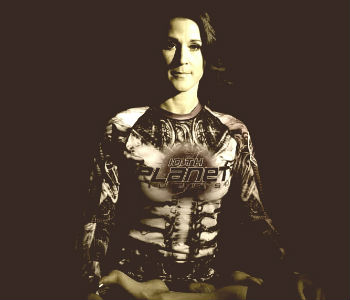 Jennifer started in athletics as a competitive gymnast and track and field athlete as a teenager. Her motivation to compete continued into adulthood with fitness and figure shows. She transitioned into martial arts and currently competes in jiu jitsu tournaments as a brown belt. Her motivation to teach started with gymnastics followed by fitness/figure competition coaching and now with personal training and jiu jitsu. Jennifer has a combined total of 29 years teaching experience in personal training, sports, and high school education. She is a certified personal trainer and currently works as an independent trainer in the LA area. She holds a B.S. in secondary education for Biology and has previously taught as a high school Anatomy & Physiology and Biology teacher for 7 years.

This isn’t just mixed martial arts… this is Fight Science!